Rocking on the River

After having been locked up in my office for weeks I am looking forward to getting out and rejoining society this weekend.  And, while I really do not care at all about the NCAA Men's Final Four, other than that the presence of the games is a HUGE coup for New Orleans, I am very excited about the Big Dance Party on the Mississippi River at Woldenberg Park, even if the line-up is weird and all over the place.

Last night the free, three-day concert was headlined by KISS, which is supposedly "one of the most influential bands in the history of rock and roll..." but  I don't get the allure. It is my opinion that the only good have come of KISS in all the decades of their odd performances is the emergence of spinoff and spoof bands, Mini Kiss being a particular favorite. Sadly, there will be no performances Mini Kiss this weekend.

Today and tomorrow will be great, though: the Funky Meters are on at 11:45; followed by Blondie (whom I used to Worship as a teenager and can now take or leave) at 1:30; followed by the Black Keys, who make me feel like a ridiculous teenager all over again. Really, my teenager and I squabble over their CDs. We also squabble over my old Ramones, Pink Floyd, Wild Magnolias, and Led 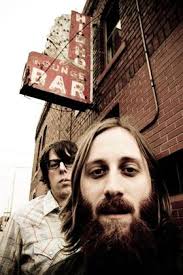 Zeppelin CDs but those are tales for another day.

Sunday's line-up kicks off at 3 with Big Sam's Funky Nation, followed by Dr. John at 4:30—his newest CD is being produced by Dan Auerbach of The Black Keys so this could be particularly interesting. The  indefinable Avett Brothers are on at 6 p.m., followed by Jimmy Buffet at 8 and fireworks over the river at 10 p.m.

Monday morning it's back to work: With the Premiere Issue of Louisiana Kitchen on press, July/August issue is in production. We'll keep you posted.

Now, in the words of LaK music editor, Bill deTurk, "Get out and listen to some live local music, wherever you are."